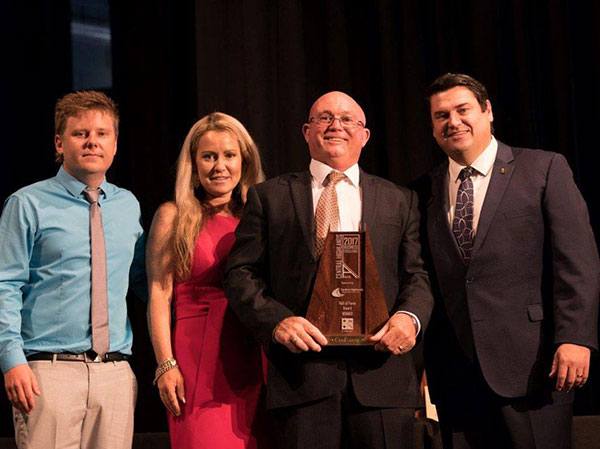 Established in 2008 by Ian, GeoRadar Australia began in a small office in Brisbane Qld. Over the years Ian would travel across the country to perform specialised services as it was required. Come 2010 Ian ceased an opportunity and secured a small contract within the mining sector during the then peak time. This meant moving and establishing the business in Emerald Qld. Ian then acquired the support of Sue who began to look after and maintain the accounts and all admin aspects of the Business from here on in is where it all started to succeed. Ian worked tireless day and night ensuring every expectation was tended to for the client while Sue ensured all admin and office work was up to date. On completion of this works soon came another small contract on another mine in the Central Highlands region. During this works Ian could see the beginning of the downturn of the mining industry approaching.

With the lingering quiet time ahead Ian used it to his advantage to seek work in the local community and outsource and grow his services with many of the local government bodies and companies which supplied the region with its services. In doing this the success of the company was maintained.

In 2014 Jim joined the company as a vacuum excavation operator. In 2015 Jimmy became one of the first Dial Before You Dig Certified locators within the industry. This grew into a passion for Jim and later that year started managing the company alongside Ian. In august of 2016 Jim could see an opportunity and grabbed it by opening a second branch of Georadar Australia in his home town of Bundaberg QLD. And soon after in July of 2018 Jim took over the reins and became the official owner of GeoRadar Australia. This would allow Ian to step back and enjoy his success with the beginning of retirement ahead of him, he mentored and guided Jim when needed.

To this day GeoRadar now operates and maintains four Hydro Excavation Units, two Cable Locating Vehicles, an equipped CCTV Inspection Van, along with a fleet of specialty tools and remains a family owned and operated business.

With the Support of his family and the commitment and loyalty of Sue managing all the accounts and admin assisting Jim in making business decisions along with the team of dedicated staff, Georadar continues to grow and support locals within both the Bundaberg Wide Bay Burnett and Emerald Central Highlands regions.

For cable and pipe location specialists in

For DBYD certified locators or vacuum truck operators you can trust on your project call Geo Radar Australia on 0425 057 722 or send us an enquiry here.